The open sourced platform has long been the darling of millions of developers since its inception in 2008. An availability of plenty of plugins to add functionalities of your own choice and eye-catching templates for free have always worked an attraction for every developer. However, as change is inevitable, WordPress development is also not an exception. If you are going to Hire WordPress Developer, it is best to be well acquainted with the top five hottest trends to be followed by WordPress developers in 2016. So, let us have a look below:

Last year, WordPress unveiled a new admin interface written in Javascript instead of PHP. This makes it really different and adorable for the developers worldwide. The best part is that the new interface is also open-sourced and exceptionally handy, which ensures that WordPress developers will surely lap up the opportunity to use it in 2016. 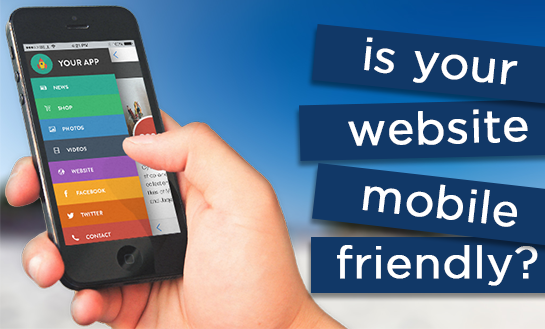 With a substantial percentage of people browsing or accessing the web via smartphone or any mobile device, it is evident that the new fad will be to give more importance to a mobile-friendly design. Many website developers have already adopted the responsive design trend, but what really will encourage WordPress developers is the release of WordPress 4.4. This is because it brings with it responsive images, REST API, and automatic updating of the sites.

Images captivate user’s attention like no one, and it seem WordPress Developers finally have understood the same. The WordPress sites developed in 2016 will have a more likely single image of HD quality. There is more probability of the usage of natural photography in website designing along with varied types of typography to make it overall extremely eye-catching. However, if you are hiring a WordPress Developer, make sure that the website gets loaded pretty fast.

You may have noticed that on many websites, there is no menu on the very homepage, but this is not true. The trend is of hidden or out of sight menus as this wonderfully minimizes the navigation elements and offers a clean design to the user. In fact, there are several WordPress themes with a hidden menu.

The long reliance on plugins is now over with the WP-API, which is hugely extensible. It is also now easier for the developers to create mobile apps.

This implies that whether it is marketing or content management, it is possible to use WordPress effectively for e-commerce development. In fact, many major brands have already realized this and have their ecommerce sites powered by the WordPress.

Speculations are strong that WordPress developers will adore these top five trends in 2016. If you have now decided to follow the trend, Hire WordPress Developer to make adequate changes to your existing WordPress site. You can also contact experienced WordPress developers at +1 (607) 524-4040 to have more clarity. With WordPress used by nearly 27 percent of all websites, you can be relaxed about the reliability factor.

WordPress has long been the first choice for building websites since 2008. What started as a blogging platform has evolved a lot in all these years. If you are planning to build a functional website or blog, and you are unsure about whether to pick WordPress or not for the best results, let us have a look below.

Design – You may not have to hire a designer if you are choosing WordPress as there are thousands of free and premium design templates. However, there is a possibility that the available templates fail to meet your exact business requirements. Ultimately, you will have to Hire WordPress Developer to get template customization.

Further, all hell will break loose if you end up selecting a template with too many functions. Your website will run terribly slow, and you know in an online world, a slow business website can seal your fate!

Performance – There is no dearth of plugins to add new functionalities to a WordPress website or blog. There is Jetpack, BuddyPress, WooCommerce, Google XML Sitemaps, and many others to meet your needs. However, these plugins may stop working sometimes when you will upgrade your WordPress theme. In such a case, you may have to invest long hours to fix the problem.

The problem becomes worse if you have the habit of upgrading your WordPress Theme after every single upgrade because there is no dedicated technical maintenance team for users. It has also been a consistent target for hackers. WordPress has recently released a security update (4.2.2) to eliminate the detected security risks.

Community – WordPress boasts of a large community and it has proved extremely helpful in fixing problems encountered by its users all over the globe. Chances are high that you will not have to spend endless nights without sleep in case of any error. The community will always support you round the clock via chat, email etc.

However, the best part is that you can add new posts frequently without waiting for someone to do the job for you. The platform even allows you to post audio and video files in a hassle-free manner to keep your visitors engaged. In a business, where time is money, active engagement with your visitors or customers help a lot in building long lasting relationships and retaining the same. After all, WordPress power more than 75 million websites worldwide and this is not a small feat.

Maria and Brian share their experience about working with us. It all started with an idea to build a custom CRM for their business.Read More END_OF_DOCUMENT_TOKEN_TO_BE_REPLACED

Mike is a professional speaker. He visited our office in Ahmedabad, India and his appreciation about our quality of IT services means a lot to us. Thanks Mike!Read More END_OF_DOCUMENT_TOKEN_TO_BE_REPLACED

Robert is from Scotland, UK. He is with us for more than a year now.He has graciously shared his feedback about our array of offeringsRead More END_OF_DOCUMENT_TOKEN_TO_BE_REPLACED

TOP 5 REASONS TO CHOOSE US